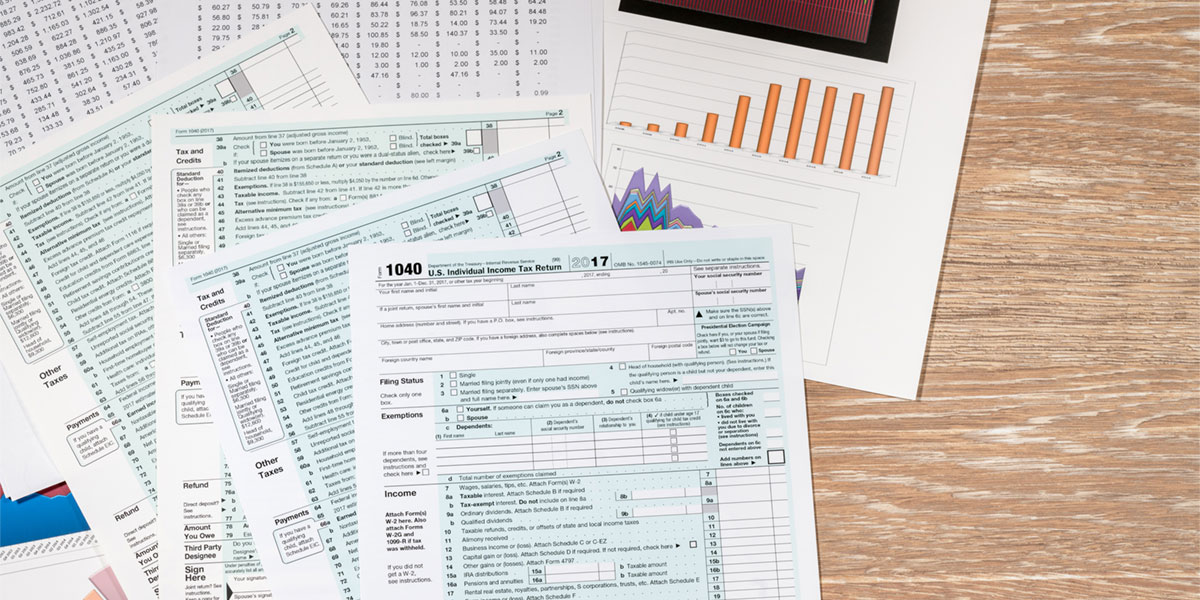 Below is a brief rundown of some of the most notable changes for individuals and families. Most of the new tax laws are in effect for tax year 2018 and beyond unless otherwise noted.

The decreased tax rates are not permanent, however, as there is a sunset provision. After 2025, without future legislation, the tax rates would increase. The Senate and House will be faced with deciding the fate of the sunsetting provision in future years.

Changes to Exemptions and Standard Deduction

For larger families, this will mean an overall decrease in the combined amount when compared to the current combination of exemptions and standard deduction. However, the TCJA increases and expands the Child Tax Credit, from $1,000 to $2,000 per child, which should more than offset the loss of exemptions in most families. High income earners, $200,000 for individuals and $400,000 for couples, begin to phase out of the Child Tax Credit.

Changes to exemptions, standard deductions, and the child tax credit are subject to the 2025 sunset provision.

Additional changes to itemizations include:

Current rules limits donations to public charities to 50% of your AGI. The new rules increase the limitation to 60% of AGI making it easier to claim larger contribution or use carryforward charitable deductions.

The charitable mileage rate, which was expected to be increased, remains unchanged at 14 cents.

No Repeal of the Alternative Minimum Tax

The original bills by both the Senate and the House proposed a complete repeal of the Alternative Minimum Tax (AMT) system for individuals. Unfortunately, in negotiations, the AMT survived although the exemption amount has increased.

This difficult-to-understand supplemental income tax system dates back to 1969 and was originally designed to ensure wealthy taxpayers paid their fair share of taxes. Yet, over the years, the AMT began affecting more and more middle-income taxpayers. With the exemption amount increased to $70,300 for individuals and $109,400 for joint filers, fewer middle class taxpayers will be affected.

The Kiddie Tax is a tax on unearned income for children under the age of 19 or full-time students under 24. In 2017, tax law allowed for the first $1,050 of unearned income to be tax-free, the following $1,050 taxed at the child’s rate, and any income above that amount taxed at the parent’s rate. TCJA changes this so that the any amount above $2,100 is taxed at trust tax rates, not the parent’s tax rate. This is significant because the highest trust rate is 37% at ordinary income of only $12,500. It would take total income over $600,000 at the parents’ joint rate in order for the 37% tax bracket to apply.

The estate and gift tax exemption has effectively doubled allowing an individual to pass $11.2M and couples to pass $22.4M estate tax free. Portability of the exemption survived; if the first spouse to die doesn’t use the exemption, the surviving spouse can port the unused amount to themselves. The top rate remains at 40%. Some early discussion indicated that the estate tax could be repealed at a future date, but the repeal did not make it into the legislation. These changes are subject to the 2025 sunset provision.

Tax brackets for trusts and estate were compressed, much like the individual income tax rates, leaving just four tax brackets – 10%, 24%, 35%, and 37%. However, the income thresholds tied to those tax rates did not change very much. Thus, it only takes $12,500 in trust or estate income before hitting the top bracket.

While a number of changes were expected to affect education planning, such as repeal of the Coverdell ESA plan and education tax credits, most did not make it into the final bill. However, one change is significant. You can now use up to $10,000 per year from 529 plans for private school expenses for elementary and secondary education. Previously, only the Coverdell ESA could be used tax-free for private educational institutions.

The bill eliminates the tax deduction for alimony paid and no longer taxes the alimony received for divorces finalized after December 31st, 2018.